Stefanus Alliance International, is a Christian missions and human rights organisation, with a special focus on freedom of belief and religion as expressed in §18 of the UN Human Rights Declaration.

We started in November 1967 as Misjon bak Jernteppet (‘Mission behind the ironcurtain’). When the ironcurtain through Europe fell from 1989, we changed name i 1990 to Norsk Misjon i Øst (‘Norwegian mission to the East’). From 2012 we have had our current name, after the first martyr.

We celebrated the 50 Years anniversary in November 2017.

Our motto is: «Together for the persecuted.» We provide support, care, and practical help for churches and individuals who are persecuted or oppressed because of their religious beliefs. Through focusing on incidents where freedom of belief is violated, we try to put pressure on the authorities in countries where such violations are taking place.

By lobbying the Norwegian government and parlamentarians to address these issues, and by challenging individuals to write letters of appeal, we advocate on behalf of those who have had their religious rights violated. We have also a lot om supporters who pray for people suffering for their belief.

Our resources for education and access to justice are from developed in cooperation with NORFORB and from 2018 with financial support from the Norwegian Ministry of Foreign Affairs.

The digital resources are used for training of trainers in a lot of countries. It is translated and contextualised to arabic for use tín the Middle East and North Africa by our partner Adyan Foundation in Lebanon.

Together with the Nordic Ecumenical Network for Freedom of Religion or Belief (NORFORB) we have developed a digital learning platform for FORB. Here you will find resources that help individuals, communities and decision-makers to learn, reflect upon and promote freedom of religion or belief for all. The platform includes resources for personal study, like short videos and written material, and for group trainings. It was launched in March 2018 and got positive response both from EU and UN. You find it here.

Looking for our Freedom of Religion or Belief booklet? 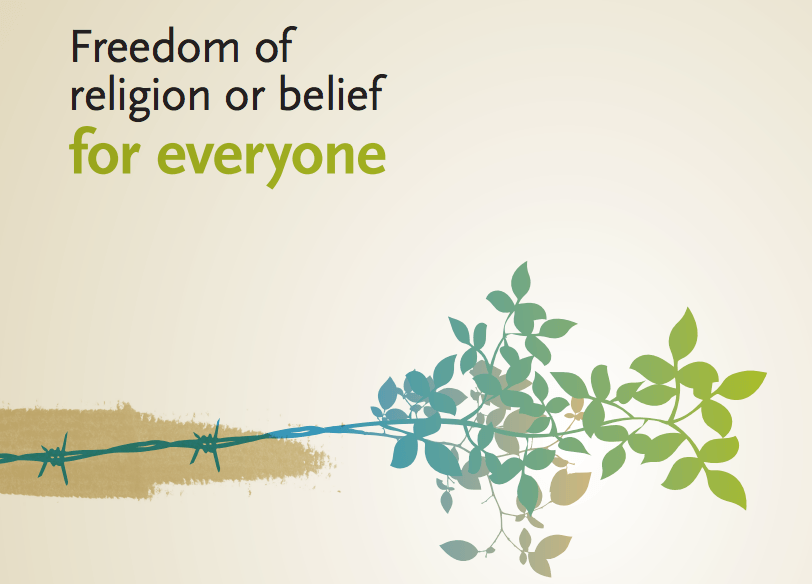 Click to download (PDF) this education-booklet that originally was published in Norwegian and later is updated and translated to several languages and used in even more countries: 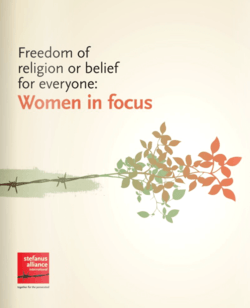 In recent years, Stefanus Alliance International has become increasingly aware that violations of FoRB affect men and women differently. This awareness has inspired us to work strategically towards strengthening women’s ability to enjoy FoRB at the same level as men.

We are proud to introduce a new version of our trademark booklet on FoRB. This one is titled Freedom of religion or belief for everyone: Women in focus. The aim of this new booklet is to introduce the intersection of FoRB and women’s rights, initiate reflection and inspire action, by proposing some concrete suggestion for maximizing each of these rights. We have made an effort to develop a user-friendly and easy to use tool for learning, so that readers from different backgrounds can benefit from it. In 2021-2022, we will translate the booklet to Norwegian, Arabic, and French.

The Stefanus Prize is awarded every second year to someone who has made an outstanding contribution to promote Freedom of Religion and Belief (FoRB) in particular, and Human Rights in general. The next prize will be awarded in 2022. You can nominate candidates from September 1 to December 31.
Read more and nominate.