Meet the courageous people who risk their lives to rescue North Korean refugees!

«We were so close to death. My mother and I huddled together to preserve warmth.»

In this equally important and heartbreaking documentary, ’Andy’ tells the horrifying story about how he and his mother, ‘Minji’, managed to escape from North Korea, and later from China.

They received crucial help from courageous people who are willing to put their own lives at risk, to help desperate refugees. "SAVED – Escape from Kim’s regime" is a movie about the refugees and the rescuers, a powerful story about human despair - and hope. As ‘Minji’ says:

«I thought we were going to die … I think God helped us.»

WATCH CLIPS FROM THE MOVIE

Would you like to host a screening of «Saved – Escape from Kim’s regime» in your home, small group, church etc?
CONTACT US to get access to the movie.

Here are some suggestions for how to do it:

Once you’ve nailed down your screening’s date, time, and venue, it’s time to prepare for your event.

On the Day of Your Event:

Introduce the film and tell your audience why you were inspired to host it.

After the film ends, allow 30 minutes for discussion in small groups. Hand out printed questions to guide the discussion, extra rescue stories and Tim’s suggested action and prayer points, or project it on the screen.

Use the discussion questions listed below to engage your guests! Encourage your guests to act on what they’ve learned. If it’s appropriate, end your event with prayer, using Tim’s suggested prayer points as a starting point. 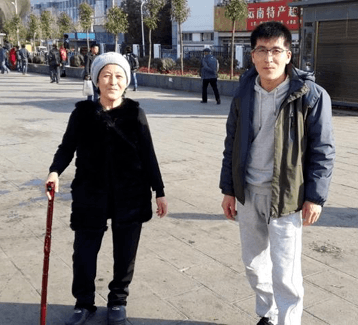 «Andy» and «Minji» are defectors from North Korea who are now enjoying their life as new citizens in South Korea. Andy is studying and Minji is spending time with her family and in church. They are gratefull that they survived their flight from North Korea to China - and then to Laos and Thailand with the help of Tim Peters and his team. 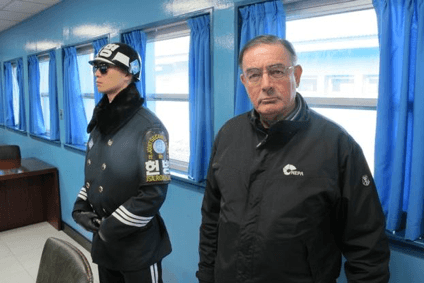 Founder of Helping Hands Korea (HHK), is  an internationally recognized Christian activist who for 23 years has pioneered a series humanitarian/human rights initiatives in response to North Korean refugee crisis and severe shortages of food and medicine inside the DPRK. Among Peters' most daunting challenges has been to forge grassroots strategies to help North Korea's persecuted underground church. 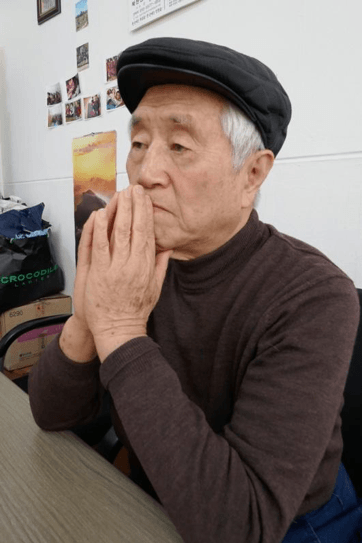 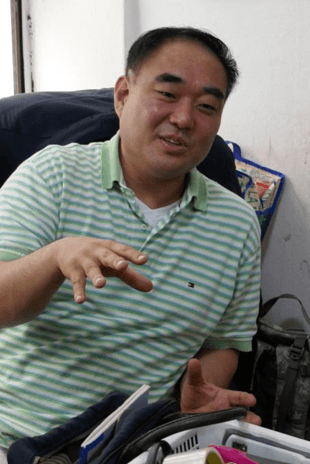 Noted for his compassion and personal bravery, Hite has risked his life on many occasions to assist North Korean refugees in China and surrounding countries. Despite unjust and harsh punishment by the PRC authorities for his rescue activities, Hite continues to work in partnership with HHK to rescue desperate North Korean escapees. 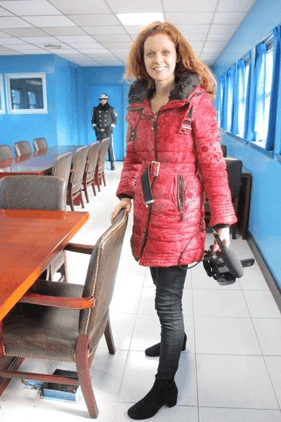 Thea has been working in national TV in Norway since 1995. As SAI’s own film- and development producer (2014-2019), she has travelled the world with a camera, as a one-person-crew, and filmed the stories of the persecuted in places like Iraq, Syria, Pakistan and Korea. From June, she is an independent filmmaker again, but she continues to work for human rights and Freedom of Faith and Belief for all. 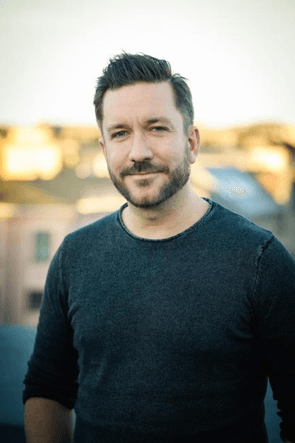 Thoralf has been working as an freelance editor for several different production companies in Norway, since 2005.  He has worked for companies like Nordisk Film og TV and STRIX television that produces many TV-programmes for National TV in Norway.  He has a great passion for storytelling; especially when it can mean a difference to people. Now he runs a small production company in Kristiansand, called IVIO AS, toghether with two other colleagues.

Here are Tim Peters’ answers to some questions that he often gets:

The price varies for adults and children and depending on how difficult the rescue is, but the average per refugee is around $1,000.

No! Almost never. This is a decision that everyone has to make on their own. It’s a kind of «voting with their feet». Helping Hands Korea helps refugees that have already fled to China and then ask for help because they are stuck in a very difficult situation, like women trapped in human trafficking. Read other typical rescue stories here: CLICK HERE

It is a crime to leave North Korea. Yet increasing numbers of North Koreans dare to flee. Many North Koreans have defected from North Korea into China for food and freedom over the years. Their numbers have been estimated to be somewhere between 50,000 to 300,000 at any given time. These defectors are unquestionably eligible for refugee status under the 1951 UN Convention Relating to the Status of Refugees. Nevertheless, the government of China has been systematically arresting and repatriating them to horrible persecution back in North Korea.

They consider them 'illegal economic migrants', etc. In addition, many China-watchers, myself included, believe that a principal reason China sends back North Korean escapees is to prevent the destabilization of the Kim regime. That is not to say that Bejing has any great fondness for the DPRK rulers; rather, the status quo in North Korea provides China certain advantages that it does not wish to lose. One of those advantages is maintaining North Korea as a 'buffer zone' between a successful and wealthy South Korea, and its American benefactor,  and China's own North East provinces which could be attracted to the South Korean freedoms and lifestyle if reunification were to take place between South and North.

There are growing risks in recent years of punishment for Chinese citizens for providing assistance to fleeing North Koreans. About 10-15 years ago, the Chinese government used the 'carrot approach', i.e. giving monetary rewards to its citizens for turning in North Korean defectors. In the past 3-5 years, Chinese citizens who harbor or employ North Koreans for cheap labor are experiencing punitive measures from the government. Foreigners who are caught assisting North Korean refugees on Chinese soil run the risk of being imprisoned for up to seven years for the (false and unjust) accusation of 'human trafficking'.

Without revealing too much sensitive information, it can be said that there is a network of Christian workers throughout North East China who are on the alert for North Korean escapees who cross either the Tumen or Yalu Rivers. Through an informal communication network that extends into South Korea, it is possible to determine which refugees need the most urgent assistance due to factors such as age, gender, medical conditions, degree of danger and punishment in the event of forced repatriation, etc. Establishing this network is not an overnight phenomenon. It has evolved over many years.

In 2013, the UN Human Rights Council established the COI on North Korea, which in 2014 produced a comprehensive report which concluded that the ‘gravity, scale and nature’ of the violations of human rights in North Korea ‘reveal a State that does not have any parallel in the contemporary world.’ Later reports have stressed that the human rights violations perpetrated by the North Korean regime are ongoing. In terms of the right to freedom of thought, conscience, religion or belief in particular, there is absolutely no change and any sign of any belief other than total devotion to the Kim family is severely punished.

Nobody can say with absolute accuracy, but in my opinion, the best conservative estimates are roughly 200,000 to 250,000 for the entire nation.

Once again, sensitive security issues prevent us from being too specific. However, it can be said that the seeds are usually transported to China, then taken to the PRC/Border area. They are then entrusted to a sympathetic ethnic Korean-Chinese community, usually Christians, but not always. The Chinese Christians have their own interlocking relationship with the underground church in North Korea. Through a variety of means and couriers, transfer of seeds takes place, sometimes on North Korean territory and sometimes on Chinese soil. A variety of means and shifting strategies is good insurance against having the entire operation shut down.

Perhaps the best answer is that certain 'pockets' of North Korea may be improving for various reasons, e.g. privileges and opportunities granted by the elite in the capital of Pyongyang OR proximity to foreign goods due to location adjacent to the Chinese border, OR on the coastline where ships can dock. By and large, however, the North Korean economy is stagnant and the greatest share of North Koreans are struggling to meet basic needs. 40 percentage of the entire DPRK population, 11 million citizens, are malnourished. This, in my opinion,  is the best and most sobering measure of how serious the situation is inside North Korea. 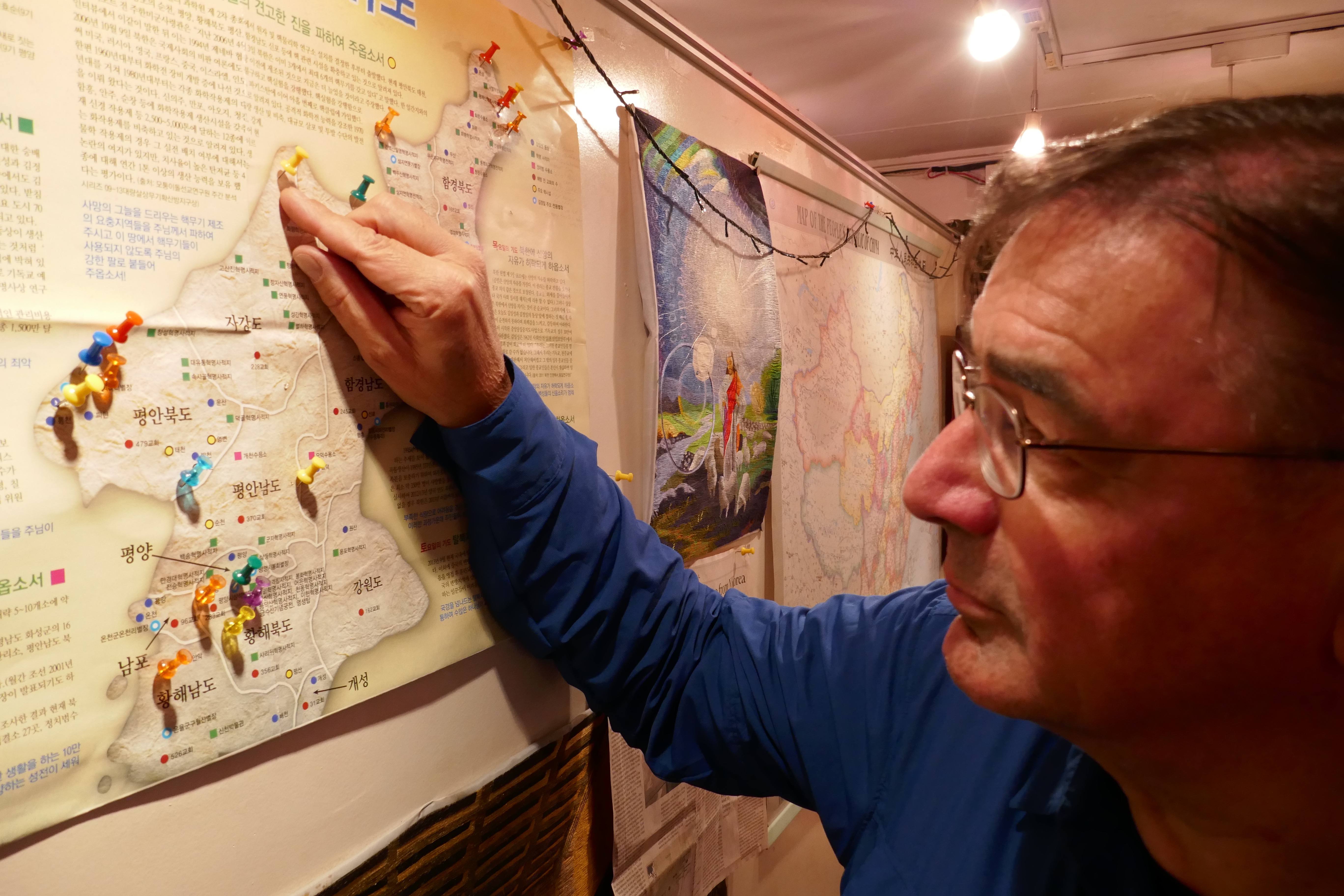 Pray for a radical change of heart and conversion of Kim Jong Un. (Kim's great-grandparents were devout Christians!)

Pray that the new diplomatic efforts will have good results, and will lead to a recognition of the universal human rights of its people by the government of North Korea.

Pray for freedom and a dignified life for the people of North Korea.

Pray for wisdom and guidance for everyone involved in various negotiations with North Korea.

Pray for protection for Christians who suffer persecution from state authorities; for friends and neighbors of those who have to keep their faith secret.

Pray for strength and courage for Christians and others who suffer in prisons, labor camps and those banished to remote areas.

Pray for easy access by international organizations and NGOs to assist with food and other necessities to the most vulnerable sectors of North Korea. Pray for improved crop harvests.

Pray for protection for every North Korean that has fled, and for everyone that is involved in helping North Korean defectors in China.

Pray that China will adhere to international refugee protection law and will stop its practice of sending defectors back to North Korea.

Pray for North Korean refugee women who are trapped in human trafficking in China. Pray for their release and freedom.

Pray for the escapees who have been forcibly repatriated to the DPRK by China, that they might survive imprisonment and torture. Pray for children of refugee women who are forced to stay in China.

Tim contributed to the Edinburgh Centenary Series in Oxford a case study chapter on missions and human rights work for North Koreans in crisis based on HHK’s 20+ years of fieldwork. Download the free PDF

The UN report that human rights activist C.K. Park has contributed to, as mentioned in the movie: Download

Here is the World Food Programme report on the food situation in North Korea: READ